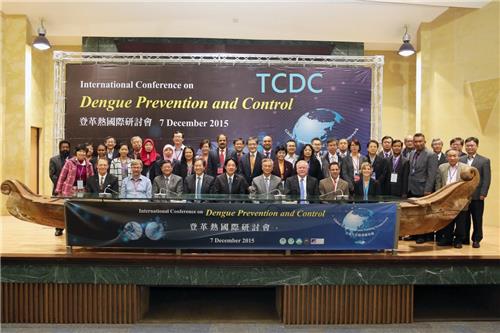 Under the Global Cooperation and TrainingFramework (GCTF) signed between the U.S. Government and the Taiwan Government,the International Conference on Dengue Prevention and Control and theInternational Dengue Expert Consultation Meeting were respectively held at theMagic School of Green Technology in National Cheng Kung University in TainanCity on December 7, 2105 and the Ministry of Health and Welfare in Taipei Cityon December 8, 2015. The conference gathered dengue experts from 12 countriesto promote the exchange and sharing of knowledge and information on dengueprevention and control. In addition, environmental and public health officialsfrom 10 countries in the Asia Pacific and Southeast Asia regions were invitedto participate in the conference to share the current dengue status and denguecontrol strategies in respective country. It is hoped that close partnershipcan be formed among countries in the Asia Pacific and Southeast Asiaregions in order to strengthen regional capacity to respond to dengue threatsand ensure global health security. 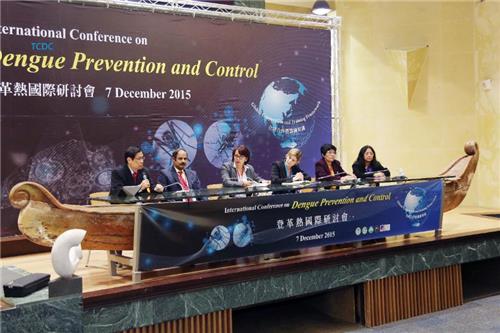 A total of 190 participants, includingforeign and domestic experts and country representatives, environmental andhealth officials from Taiwan’s central and local governments, as well asprofessionals from the biotechnology industry in Taiwan. Among theparticipants, country representatives include senior officials from theenvironmental or health authorities who are in charge of dengue prevention andcontrol efforts in their respective country and they respectively come fromSingapore, Japan, the Philippines, India, Indonesia, Malaysia, Vietnam,Thailand, Myanmar, and Papua New Guinea. During the conference, Professor ScottO’Neill who led the Eliminate Dengue Program in Australia introduced the innovativeapproach to prevent dengue transmission using a bacteria called Wolbachia. Inaddition, Professor Jonathan Schwartz from the State University of New Yorkdiscussed the importance of community engagement in dengue prevention andcontrol efforts. Moreover, Dr. Liao Ching-len (廖經倫) who is the Director of the National Institute ofInfectious Diseases and Vaccinology, National Health Research Institute inTaiwan presented the development of dengue vaccine in Taiwan. Further, Dr. YangChin-hui (楊靖慧) who is theDirector of the Division of Acute Infectious Diseases at Taiwan Centers forDisease Control discussed the challenges facing the prevention and control ofdengue in Taiwan. 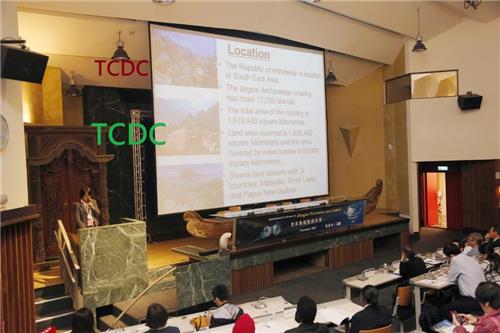 The conference was held in Tainan City tonot only celebrate the fiftieth anniversary of malaria eradication inTaiwan, but also the reverse of the dengue outbreak in TainanCity. Taiwan’s malaria eradication was certified by the World HealthOrganization on December 4, 1965. The eradication effort was not only animportant milestone in the history of public health in Taiwan, but also markedthe beginning of collaboration in disease control between the United States andTaiwan. As a result, Taiwan switched from being on the receiving end to thegiving end and has been doing the part as a responsible global citizen inassisting other countries to strengthen their capacities to detect, assessand respond to public health events of international concern. As Tainan Cityexperienced one of the most severe dengue outbreaks in years this year, whichresulted in a total of 112 deaths, the city faced all the challenges in diseaseprevention and control it had not faced before. Fortunately, throughmulti-sectoral and multi-disciplinary collaboration, the outbreak in TainanCity was brought under control.

It is hoped that through participating inthe conference, environmental and health officials in charge of dengueprevention and control efforts can exchange information and learn from oneanother, subsequently building a regional dengue prevention and control networkthat promotes regional collaboration and effectively improves the regionalcapacity to tackle threats posed by the infectious disease. 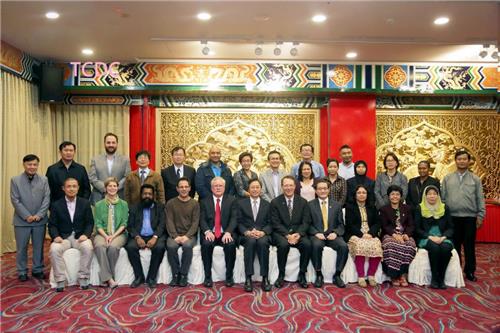