About CDC
About CDC 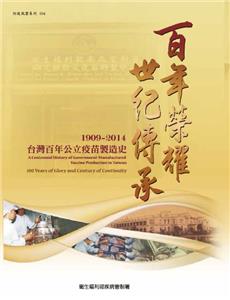 The history of government – manufactured vaccine production in Taiwan can be traced back to the period of Japanese occupation in the 19th century. To meet the vaccine demand of the colonial island during the period, the Central Institute of Taiwan Governor was responsible for vaccine research and production. During the late Japanese occupation period and the post World War II period, vaccine research and production were undertaken by the Shin-Lin branch of the Tropical Medicine Institute of National Taiwan University. Afterwards, the Serum and Vaccine Research and Production Institute took over vaccine research and production, receiving technical assistance from international organization like WHO. Thereafter, Taiwan began manufacturing a variety of domestic biological products, particularly the dry form of smallpox vaccine, which earned international acclaim as the best-quality vaccine at that time. Since then, Taiwan had successfully manufactured vaccines such as cholera vaccine, diphtheria antitoxinand small pox vaccine that had helped other countries in controlling these diseases. Recently, to improve the quality of vaccine ingredients, the government built a naional antivenom-producuion farm and has planned to gradually transfer the technology to private companies. Taiwan CDC cooperated with NHRI to build a vaccine production facility and work on a contracted Biological Product Production Plan, ending the over a century of government-manufactured vaccine production in 2014.