On April 23, the Central Epidemic Command Center (CECC) pointed out that it had received a notification from a Taiwanese airline on April 21 that an Indonesian cargo pilot in his 40s working for the airline had tested positive for COVID-19 in Australia. The cargo pilot was found to have COVID-19 after flying to Australia on April 20 and experiencing an itchy throat in the country. The CECC has started an investigation into the pilot's history of activity in Taiwan, and has identified individuals who had come into contact with him in Taiwan. Of the contacts identified, two tested positive, and infection with COVID-19 was laboratory-confirmed in the two cases on April 23 (Case #1090 and Case #1091). 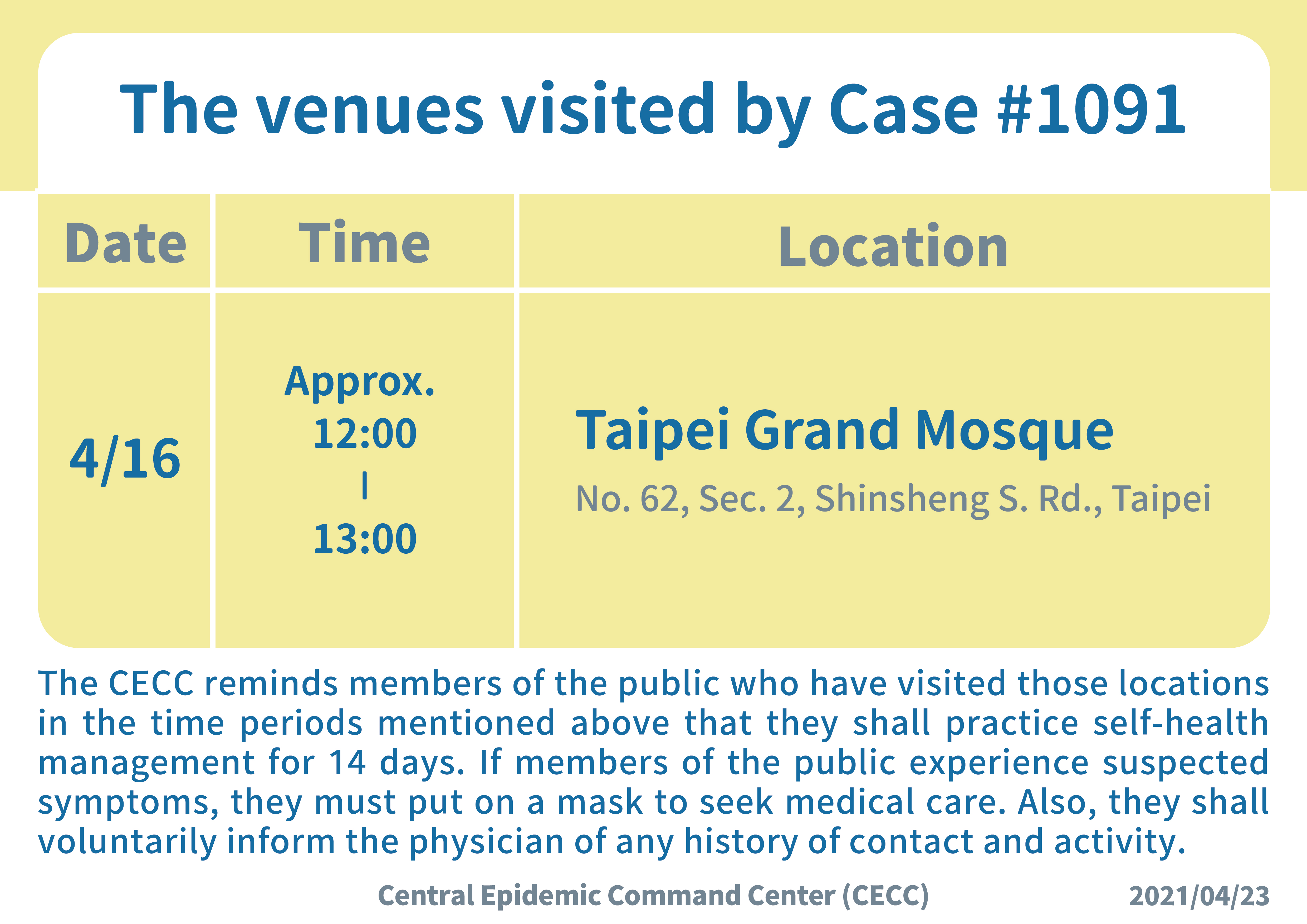 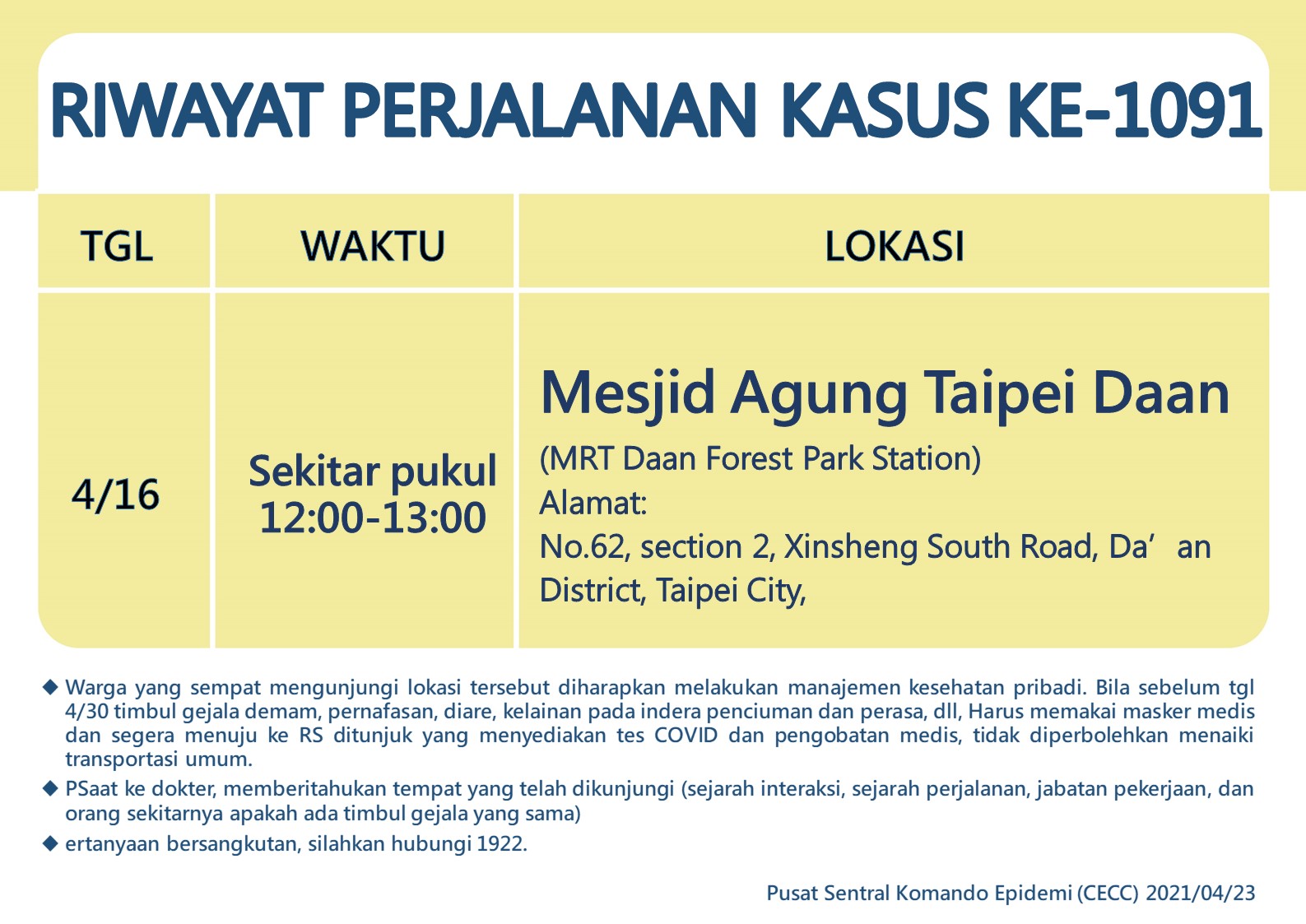 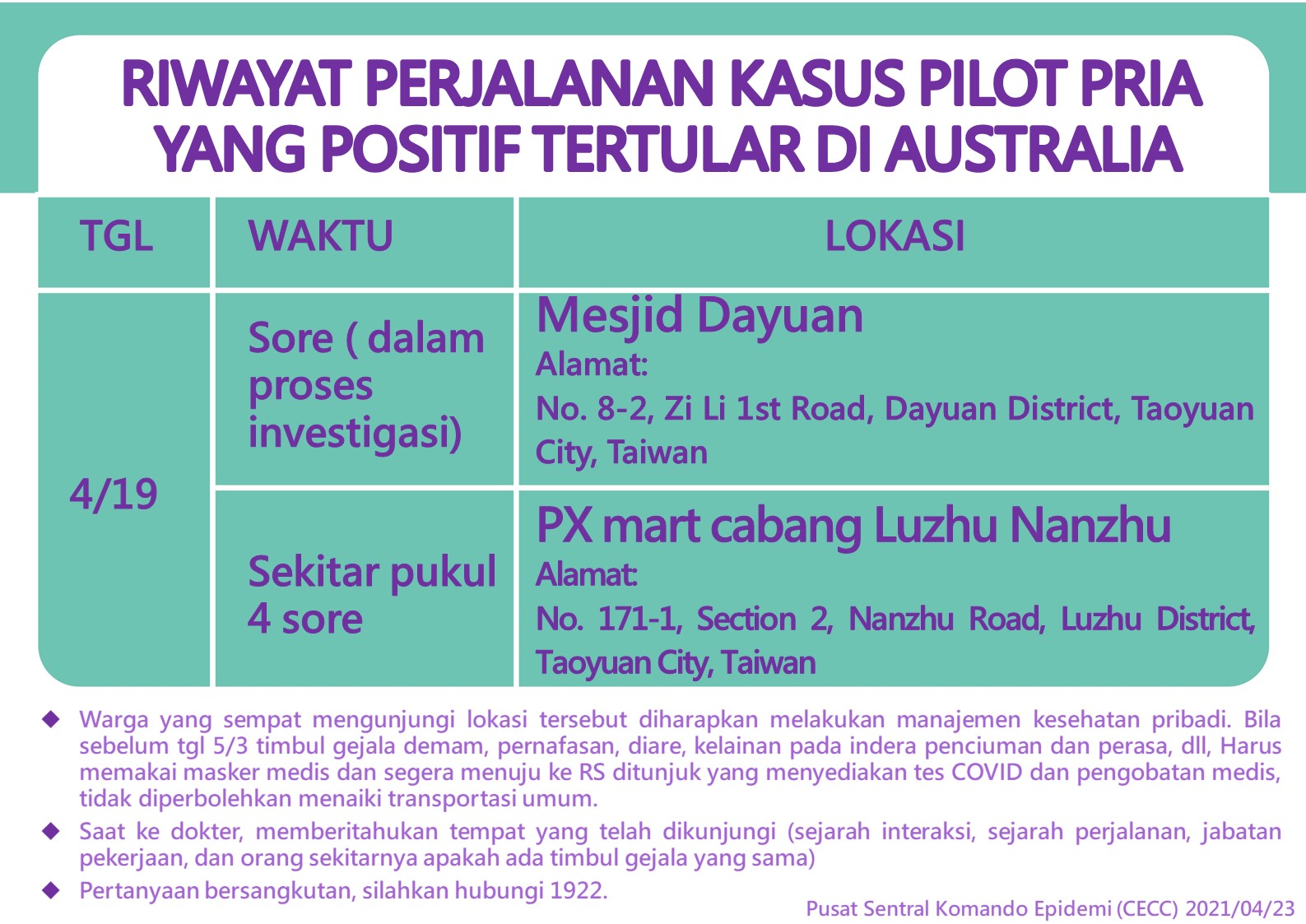