Zika virus is a mosquito-borne flavivirus that was first identified in Uganda in 1947 in monkeys. It was later identified in humans in 1952 in Uganda and the United Republic of Tanzania. Zika virus is primarily transmitted to humans through the bite of an infected Aedes species mosquito, principally Ae. aegypti. These are the same mosquitoes that transmit dengue and chikungunya viruses. Zika virus can also be passed from human to human, such as mother-to-child (intrauterine) transmission, sex transmission, and blood transfusion.

The incubation period of Zika virus infection is 3–14 days, but around 80% of infected people do not have symptoms. The symptoms are similar to other arbovirus infections such as dengue, and include fever, skin rashes, muscle and joint pain, and conjunctivitis. Generally, these symptoms are usually mild and last for 2-7 days.

Since Zika virus was found, it has been recorded in Africa, the Americas, Asia and the Pacific. It just received little attention until 2007 and 2013 when a large outbreak was identified in the Island of Yap (Federated States of Micronesia) and French Polynesia, respectinely. Zika virus spread rapidly in 2015-2016 in areas, including the Americas, Southeast Asia and Western Pacific region. Some countries in Africa have also reported indigenous cases. Sporadic, imported cases have been reported in Europe, the U.S. and Canada.

A Zika outbreak in Brazil, identified in early 2015, was followed by an unusual increase in microcephaly among newborns, as well as an increased number of cases of Guillain-Barré syndrome, following a similar cluster in French Polynesia in 2014. Therefore, on February 1, 2016, the World Health Organization (WHO) constitutes a Public Health Emergency of International Concern (PHEIC). As the Zika epidemics around the world had gradually subsided, the WHO declared Zika virus infection no longer constituted a PHEIC on November 18, 2016.

On January 19, 2016, the Taiwan Centers for Disease Control (Taiwan CDC) announced the first imported case of Zika virus infection identified in Taiwan. The case is a Thai male who was stopped by the quarantine officer at the fever screening station upon his arrival in Taiwan Taoyuan International Airport.

From the 1960s to 1980s, human infections of Zika virus were found across Africa and Asia, typically accompanied by mild illness. The first large outbreak of disease caused by Zika infection was reported from the Island of Yap (Federated States of Micronesia) in 2007. From 2015 to 2016, the virus spread and affected more than 70 countries in the Americas, Oceania, Southeast Asia and Africa. In Taiwan, the first imported case was identified in January 2016. No local transmission of the virus has occurred and only 26 imported cases have been conformed in 2016-20. None of the cases are pregnant women or newborns.

1.   How is Zika virus transmitted?

Zika can also be spread directly from person to person, including through mother-to-child (intrauterine), sex, and blood transfusion.

2.   Is there a connection between Zika and microcephaly and Guillain-Barré syndrome?

3.   What is the treatment for Zika virus infection?
Zika virus infection is relatively mild and requires no specific treatment. People sick with Zika virus should get plenty of rest, drink enough fluids to prevent dehydration, and treat the symptoms with common medicines. Do not take aspirin and other non-steroidal anti-inflammatory drugs (NSAIDS) until dengue can be ruled out to reduce the risk of bleeding. If symptoms worsen, they should seek medical care and advice. There is currently no specific medicine or vaccine for Zika virus. 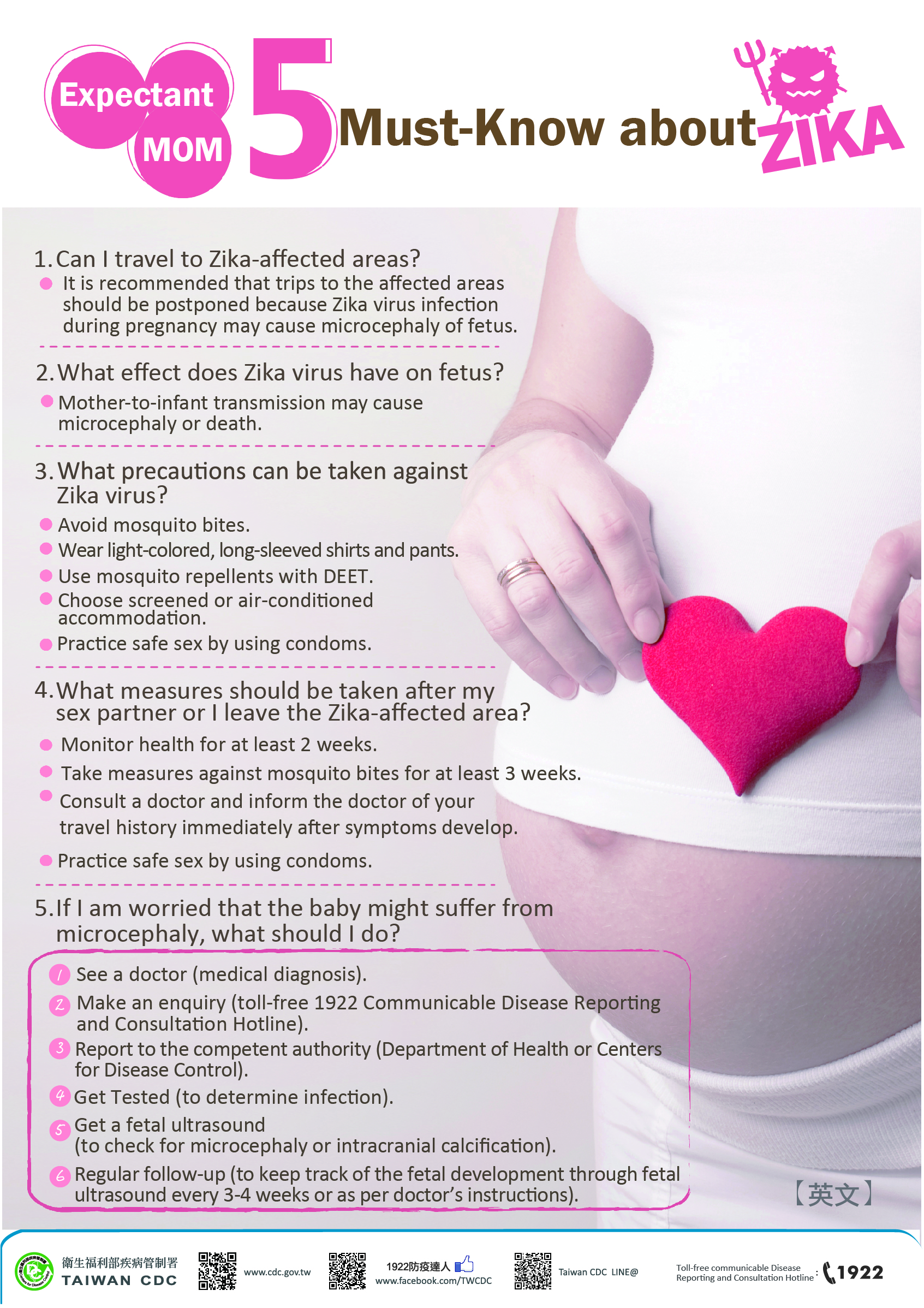 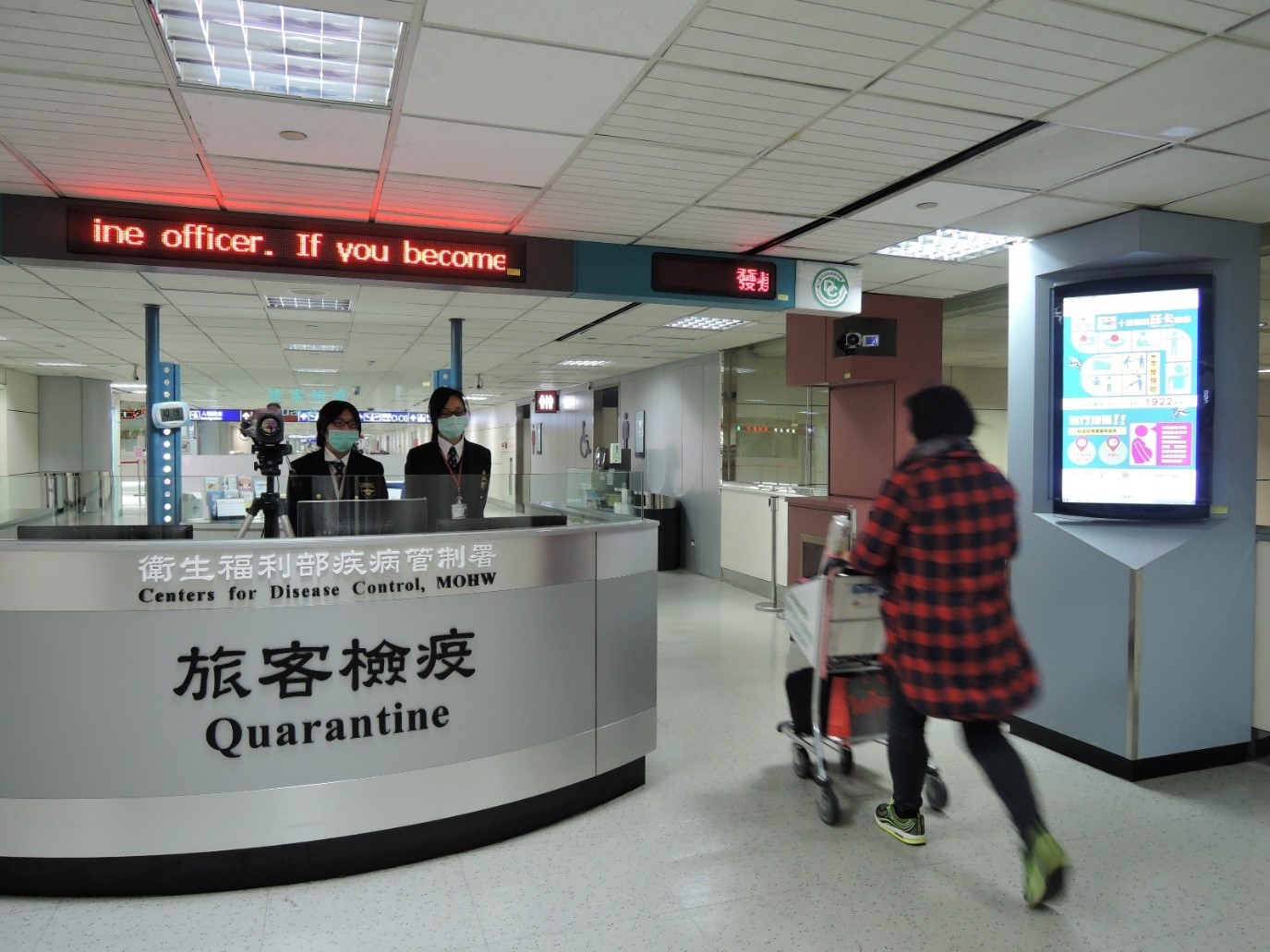