Background
The World Health Organization (WHO) has declared the ever–worsening threats of global warming and climate change to be new public health challenges. Climate change endangers people's health through natural disasters, such as heat waves and floods, which foster communicable diseases and raise the prevalence of dengue fever. In just the past decade, the significance of dengue as a threat to health and a burden on health services and economies has increased substantially. Compared with the situation 50 years ago, the worldwide incidence of dengue has risen 30–fold. More countries are reporting their first outbreaks. Dengue ranks as the most important mosquito–borne viral disease in the world.
Dengue virus (DENV) is a small single–stranded RNA virus comprising four distinct serotypes (DEN–1 to –4). These closely related serotypes of the dengue virus belong to the genus Flavivirus, family Flaviviridae. The various serotypes of the dengue virus are transmitted to humans through the bites of infected Aedes mosquitoes, principally Ae. aegypti. This mosquito is a species widely distributed in tropical and subtropical regions around the world, mostly between latitudes 35˚N and 35˚S. These geographical limits correspond approximately to a winter isotherm of 10˚C. The immature stages are found in water–filled habitats, mostly in artificial containers closely associated with human dwellings and often indoors. Dengue outbreaks have also been attributed to Aedes albopictus. In recent decades Aedes albopictus has spread from Asia to Africa, the Americas and Europe, notably aided by the international trade in used tyres in which eggs are deposited when they contain rainwater. The eggs can remain viable for many months in the absence of water.
Humans are the main amplifying host of the virus. Dengue virus circulating in the blood of viraemic humans is ingested by female mosquitoes during feeding. The virus then infects the mosquito mid–gut and subsequently spreads systemically over a period of 8–12 days. After this extrinsic incubation period, the virus can be transmitted to other humans during subsequent probing or feeding. The extrinsic incubation period is influenced in part by environmental conditions, especially ambient temperature. Thereafter the mosquito remains infective for the rest of its life. Ae. aegypti is one of the most efficient vectors for arboviruses because it is highly anthropophilic, frequently bites several times before completing oogenesis, and thrives in close proximity to humans.
Dengue begins after an incubation period of 3–14days, usually 4-7days, and has a wide spectrum of clinical presentation, often with unpredictable clinical evolution and outcome. While most patients recover following a self–limiting non–severe clinical course, a small proportion progress to severe disease, mostly characterized by plasma leakage with or without hemorrhage. Intravenous rehydration is the therapy of choice. Appropriate interventions can reduce the case fatality rate to less than 1% of severe cases. The group progressing from non–severe to severe disease is difficult to define. Early diagnosis and prompt supportive treatment can substantially lower the risk of medical complications and death. The most effective protective measures are those that avoid mosquito bites.

Epidemiology
During the first half of the 20th century, there were three island–wide dengue fever outbreaks in Taiwan (1915, 1931, and 1942). After almost forty years of dormancy, a DEN–2 outbreak occurred in Liuchiu Township, Pingtung County in 1981. Thereafter, more dengue fever outbreaks took place in Kaohsiung (1987–1988), Jhonghe of Taipei County (1995), Taichung City (1995), Taipei City (1996) and several others in the Kaohsiung City, Tainan City, and Pingtung County. In 2002, another dengue fever outbreak occurred in southern Taiwan. It was similar to the 1988 outbreak which actually started in 1987. The total number of indigenous cases was 5,336, including 241 cases of dengue hemorrhagic fever (DHF) which caused 19 deaths. After that, the indigenous dengue cases were less than 400 in 2003–2005. Since 2006, Taiwan faced dengue fever outbreaks of different scales every year; the cases were concentrated mainly in southern Taiwan, including Kaohsiung City, Tainan City, and Pingtung County. In 2015, Taiwan battled one of the most severe dengue outbreak in history with over 43,000 dengue cases, including 228 deaths.
The severity of dengue fever in Southeast Asia in recent years has led to an increase in imported cases in Taiwan, with the most 540 cases in 2019. The situation has made it more difficult to control dengue locally. 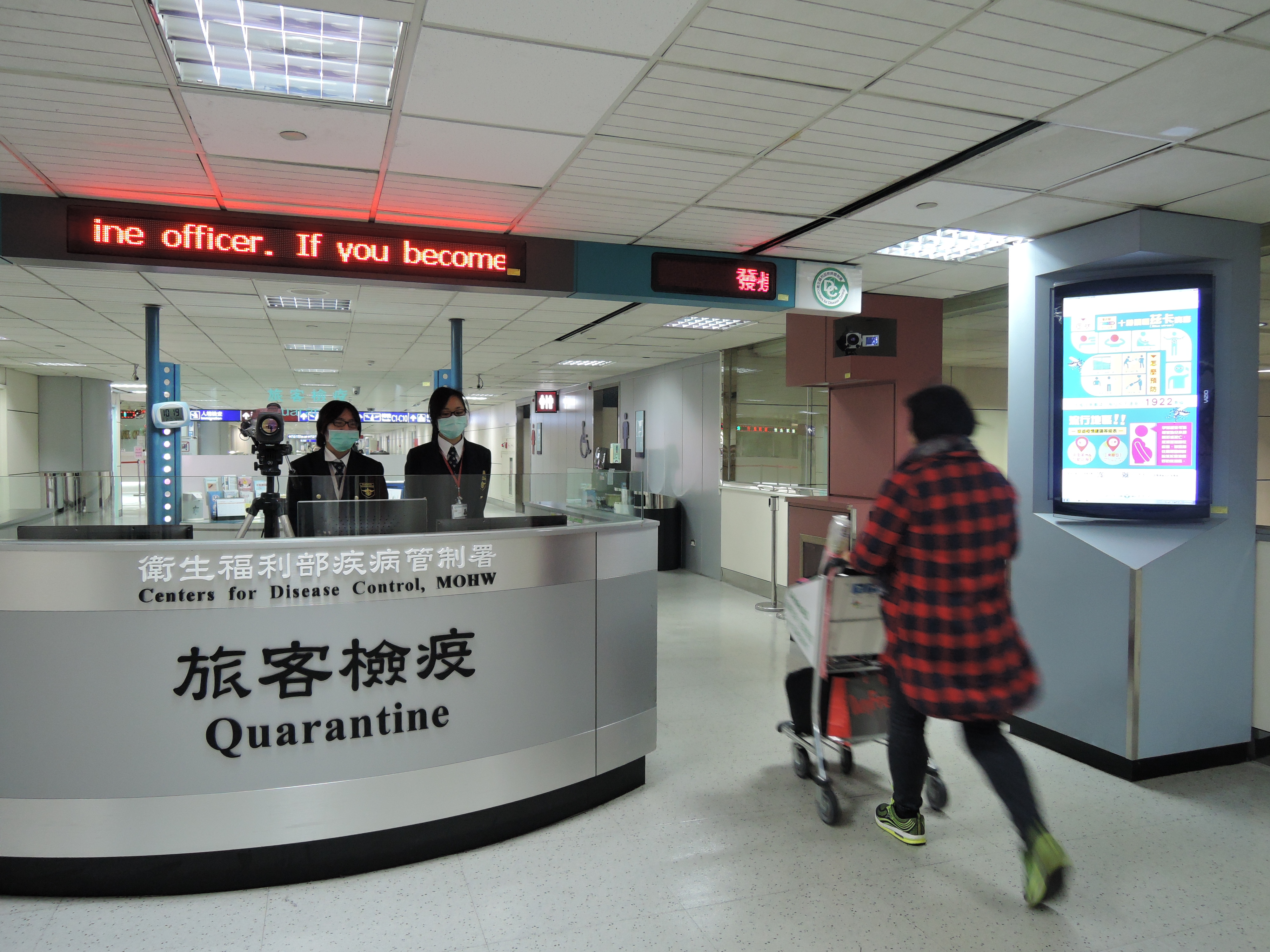 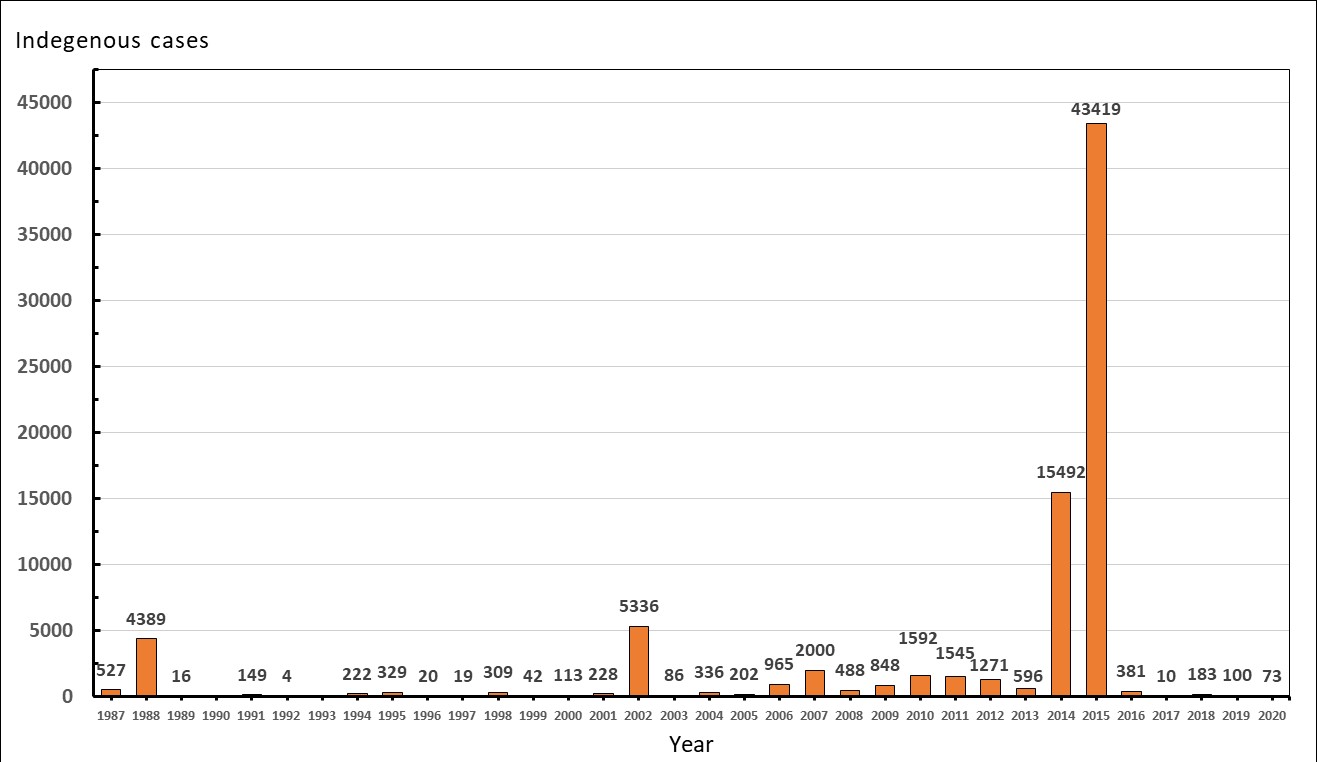 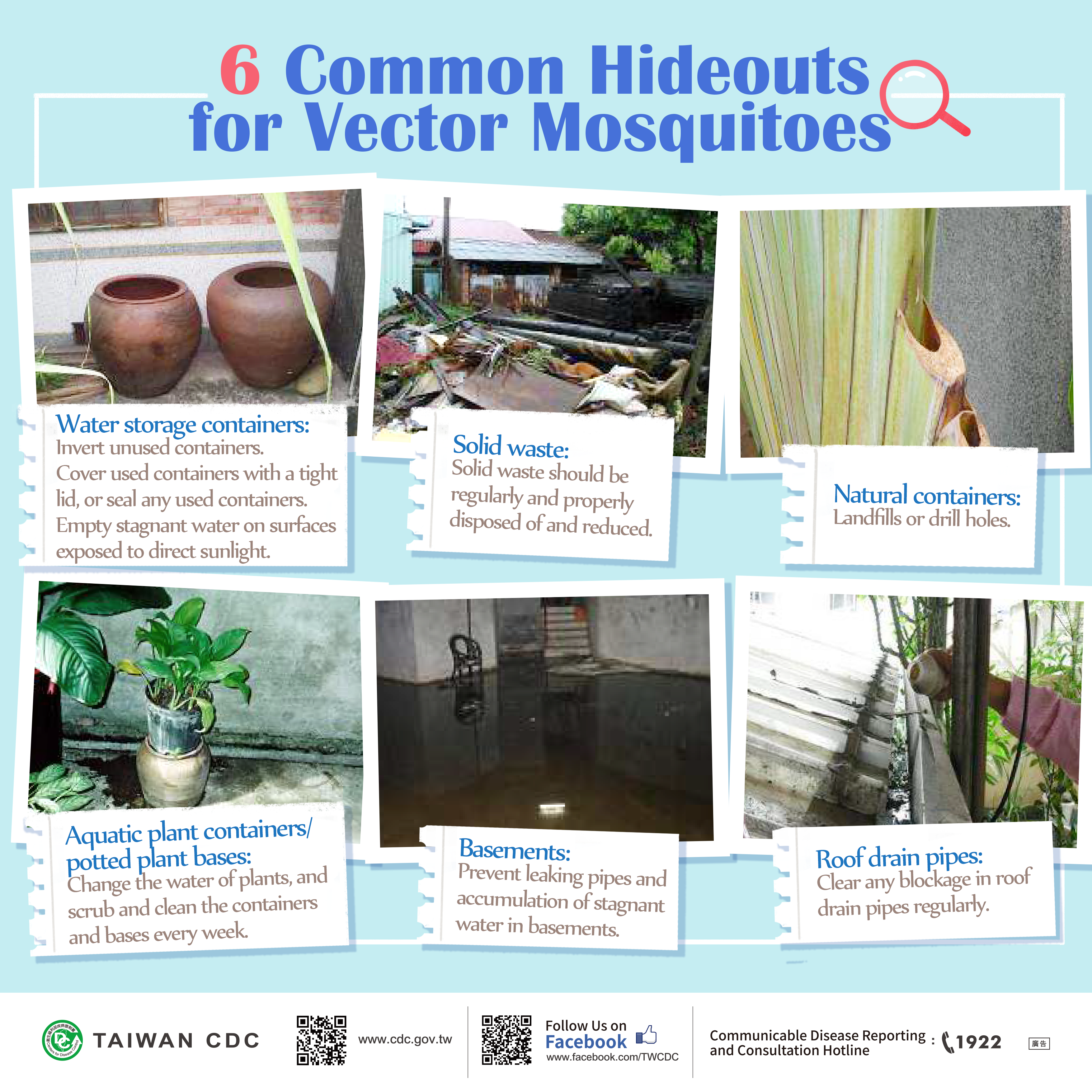