Background
Botulism is a serious paralytic illness caused by a nerve toxin that is produced by the bacterium Clostridium botulinum. C. botulinum is an anaerobic, gram-positive, spore-forming rod that commonly found in the soil.
Botulism is not a common illness but it does occur naturally. Naturally-occurring botulism frequently occur when a person eats food containing botulism toxin (food-borne botulism). Botulinum toxins are diverse proteins and are currently represented by at least seven serotypes (A, B, C, D, E, F, and G). Although most illness were resulted from serotype A, B and E, serotype F or G-caused illness were also reported in history.
Foodborne route is the primary cause of botulism. Therefore, the most effective way to prevent foodborne botulism is practice food hygiene, maintaining environmental cleanliness, separating raw and cooked foods, consuming only thoroughly cooked foods, keeping food at the appropriate temperatures, and using safe water could reduce the risk of botulism.

Epidemiology
Botulism was categorized as anotifiable disease in Taiwan since 2007. Totally 46 cases were all indigenousand confirmed during 2007-2016. Within this decade, the biggest annual numberof botulism cases was 11, which was both observed in 2008 and 2011. Thereafter,the number declined and no patient was detected in 2012 and 2014. However, sixcases (age ranged from 13 to 74; the sex ratio was 1:1) were confirmed asbotulism in Taiwan of 2016. Therefore, prevention and control of botulism arestill necessary to reduce risk of paralytic illness. 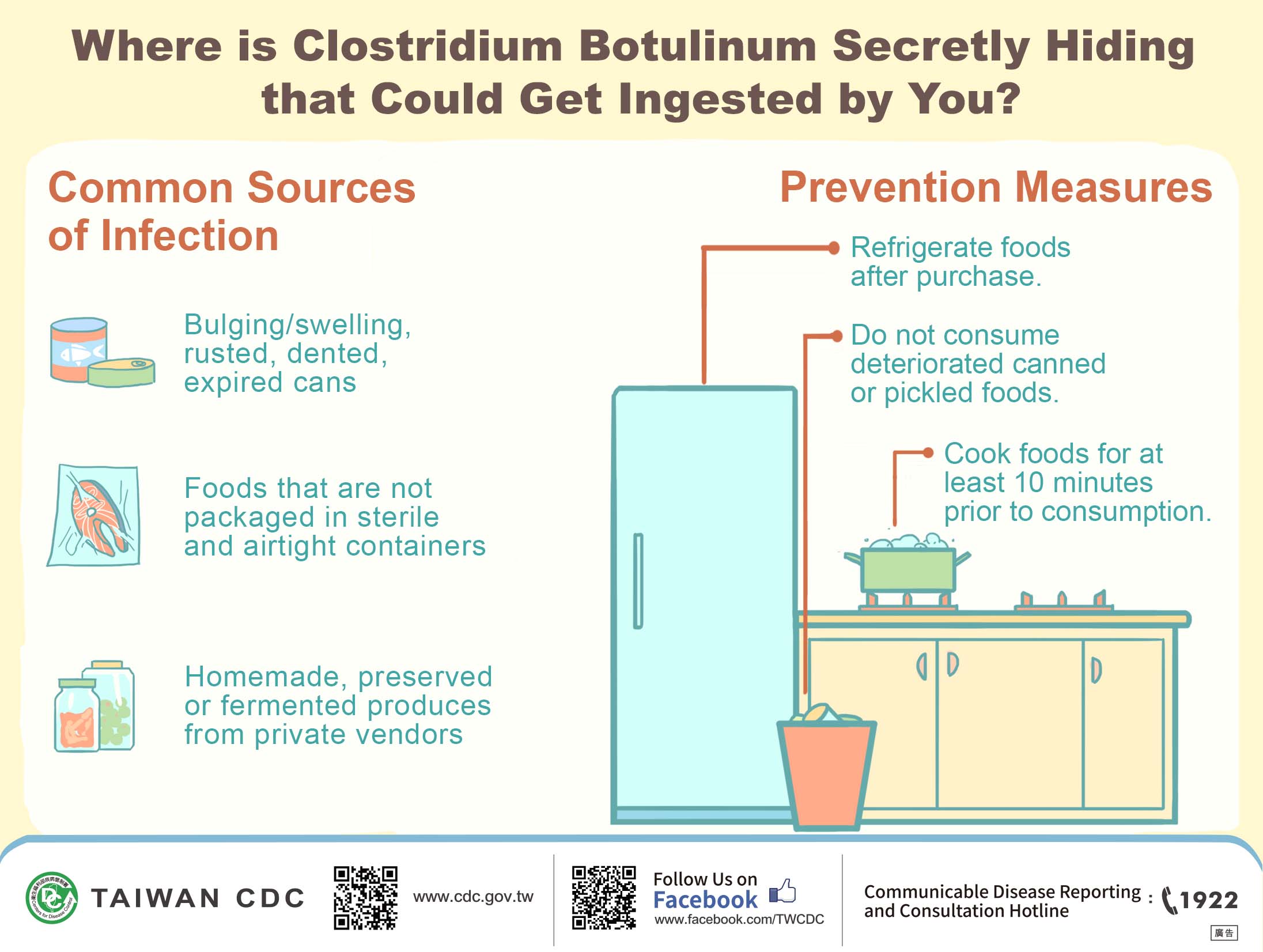 Common Sources of Infection and Prevention Measures for Clostridium Botulinum.jpg