Background
Enterovirus belongs to a group of small RNA viruses, including polioviruses, Coxsackie A viruses, Coxsackie B viruses, echoviruses, and other enteroviruses (EVD68~). EVA71 has a significantly higher pathogenicity compared to other known enteroviruses, especially regarding neurological complications. Enteroviruses are found in the gastrointestinal tract (the stool of infected persons, mouth) and respiratory tract (such as saliva, sputum, or nasal mucus). Infections can be caused by direct contact with the secretions of infected persons or with contaminated surfaces or objects. Neonatal infection may also be acquired vertically from an infected mother in utero or at the time of delivery. Humans appear to be the only known host and source for enteroviruses transmission. The patient is contagious before their onset, and the infectivity will last for weeks after the patient is recovered. There are currently no preventive vaccines for non-polio enteroviruses in Taiwan and no known highly efficacious medicine to eliminate the virus once it is inside the human body. Therefore, enteroviruses will continue to pose a threat to human health for the foreseeable future.

According to survey data gathered over a period of several years by Taiwan CDC and the National Health Insurance (NHI) Administration, the number of weekly outpatient and emergency visits, as shown by the data transferred from the database of NHI, increases in late March and peaks around mid-June. It decreases after mid-June, and then decreases slowly. There is usually another smaller outbreak when schools reopen in September (see Figurev1).
Those survey data also indicate that children under the age of 5 are more prone to critical complications and death. In Taiwan, the case-fatality rate of enterovirus infection with severe complications (EVSC) are ranged from 1.3% to 33.3%. The major symptoms of enterovirus infection are herpangina and hand-foot-and-mouth disease (HFMD). EVA71 is the most commonly seen serotype of cases of EVSC in Taiwan. 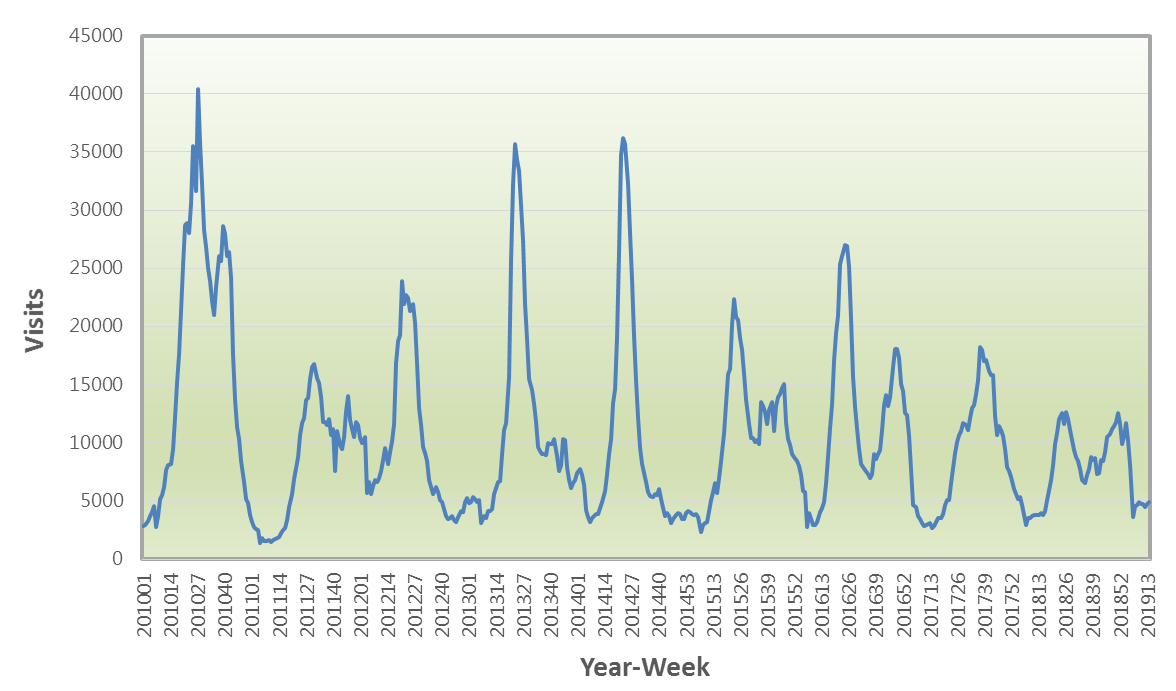 Figure1: The number of weekly outpatient and emergency visits for enterovirus infection in Taiwan, 2010-2018 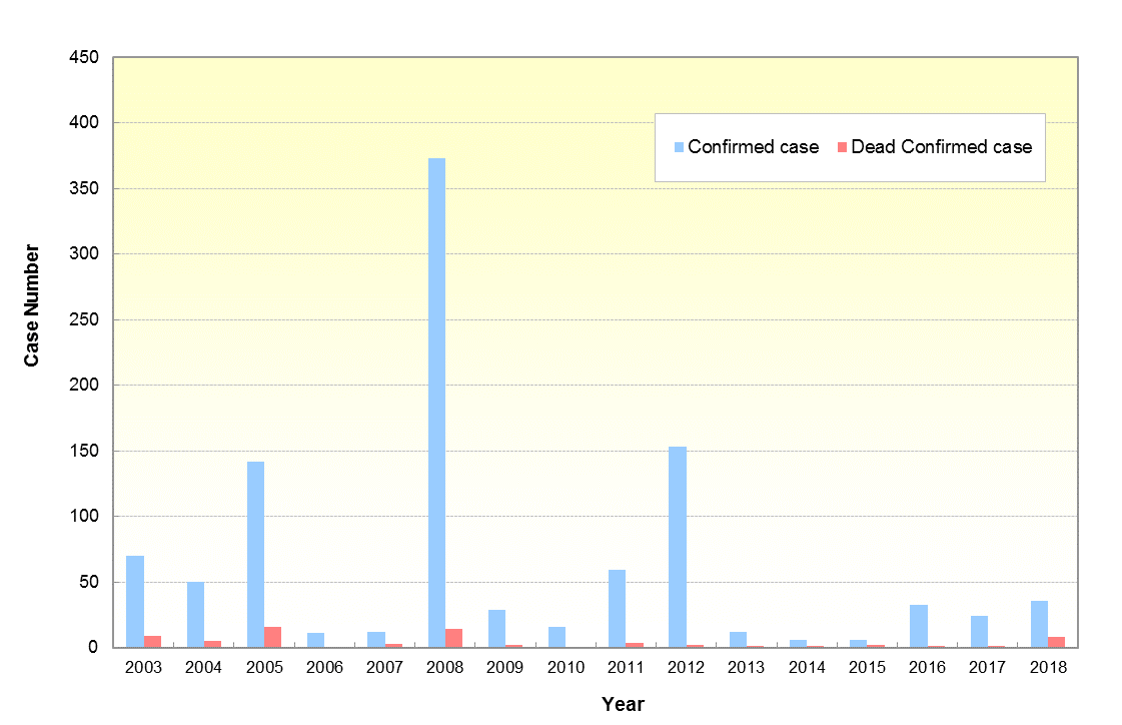 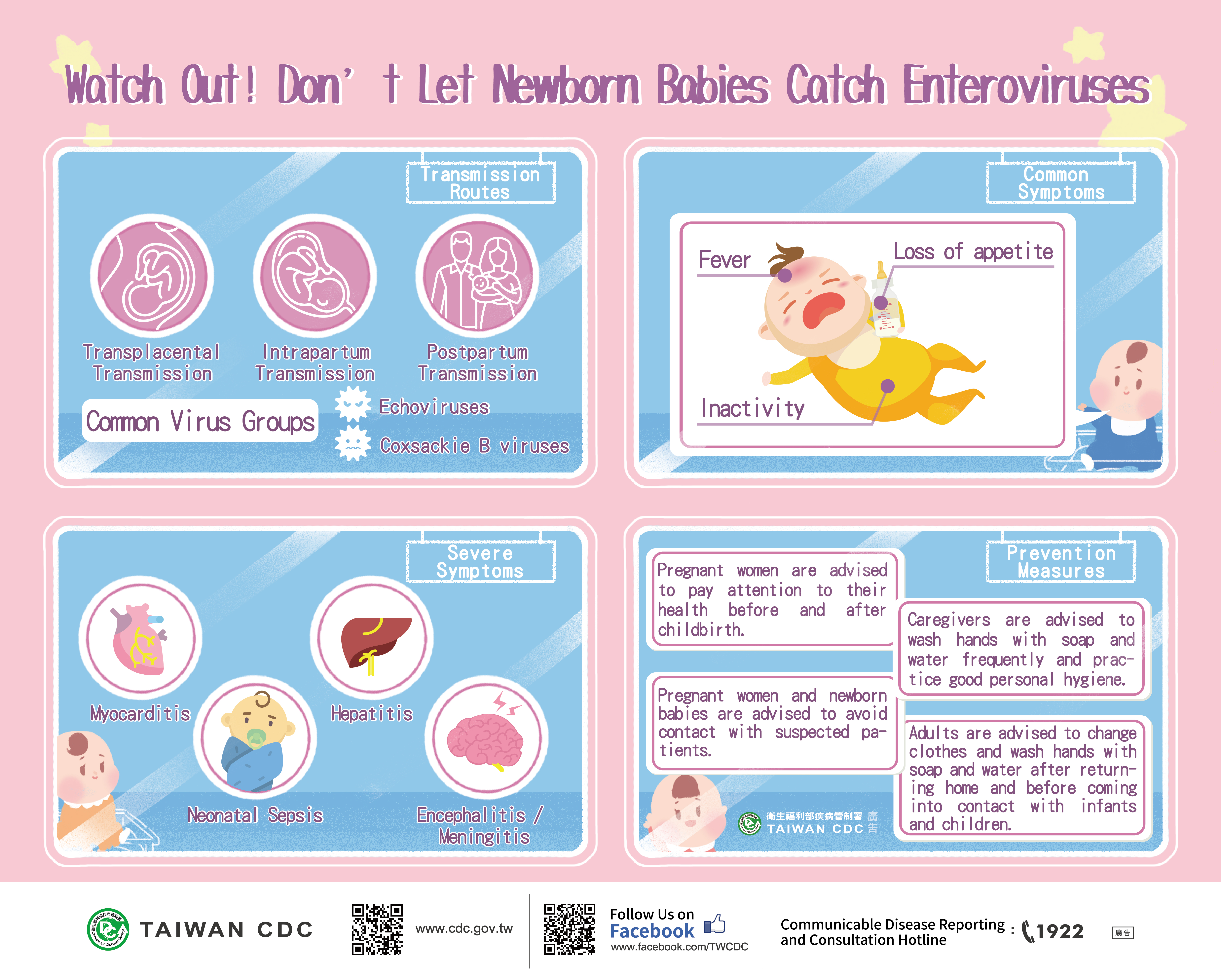